The many colors of the Hudson River

Sometime in June 2015, Google sent forth its multiple cameras on a fireboat and voyaged up the Hudson River. A little over a year later, while investigating a trade card for The Earl J. Arnold Advertising Card Collection 1885, I discovered what Google had done. (Occasionally I'm a little slow catching up on the latest Google adventure.)

Familiar landmarks look quite different when viewed from nearby waterways. So it is for the Hudson Valley in NY State. From just north of Albany, down the Hudson with a few gaps, Google cameras captured many moods. I'd like to share some of them with you. Just this once, you can leave the life vest and seasick pills behind!

Captions will be added when time permits. In the meantime, please feel free to share your observations in the comments field. 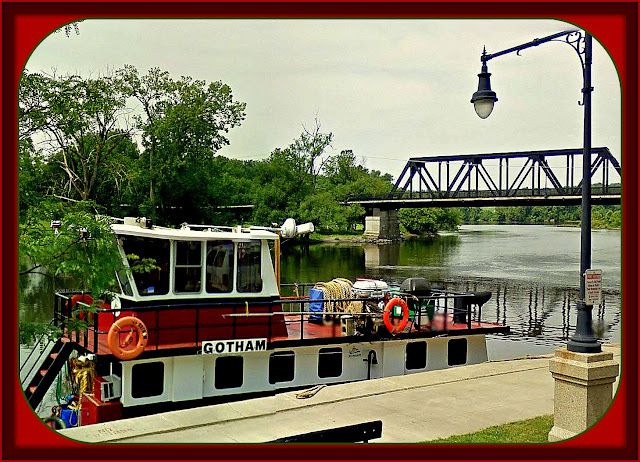 This is probably a test, but it could be a salute. Fireboats are frequently used to mark special occasions in this way, as seen below:


"FDNY Fireboat Fire Fighter performing an unusual night water salute on Sept 11, 2011, at memorial service, at he the Postcards Memorial on Staten Island NY."  From YouTube. Video by John Skelson.