Showing posts from December, 2016
Show all

Reviving Memories: Brooksburg, Indiana Click arrow above to view images as slideshow. We who live in prospering communities have heard of depopulation. Perhaps we have witnessed neighborhoods in decline. Maybe we've also known gentrification, as parts of our prospering cities change ethnic characteristics and families are forced out due to rising rents or land values. Soon, of course, we will all become familiar with the phenomenon of climate-induced massive inland migration as rising seas inundate our coastal cities. That is depopulation on a grand scale! What happens to people when communities "rust?" How does it happen that they gradually fade away, perhaps without any great event or fatal, dramatic crisis to mark their departure? In Brooksburg's case it could have been the simple rerouting of Route 56 (now the Ohio River Scenic Byway). Could it be that Brooksburg is recovering?  We have no answers. But we offer these visual clues.   Goo
Post a Comment
Location: Brooksburg, IN 47250, USA
Read more

The Other Side of the Tracks 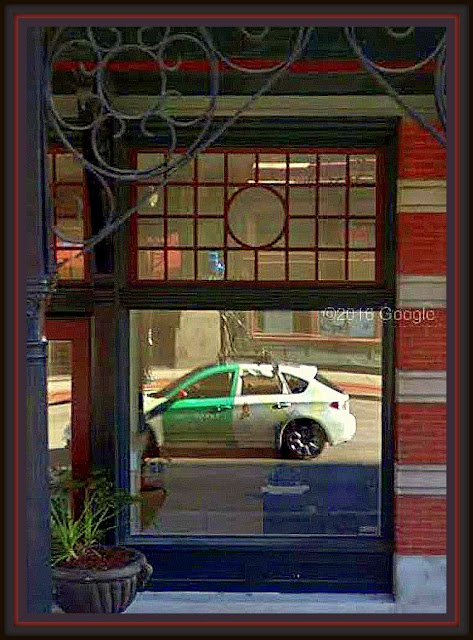 Google seeing you! The Shining City on the Hill Kansas City MO (Part II) 12th Street Viaduct , March 2015, overlooks the West Bottoms. (all photos derived from Google Street View) Leaving West Bottoms for higher ground, perhaps by way of the famous 12th Street Viaduct, we are soon in a position to look down on the site of the Union Depot (see part I) and its associated haunted landscapes. Overlook at corner of W10th and Kirk Drive ( Google Street View , November 2016) Heading in the other direction, towards the city center, the view is much different. The approach features the expected architectural flourish or two. Archway ,  March 2015 (click link for original Google Street View) archway series , October 2016 elaborate grand entrance , November 2016 All of the above examples are things one finds in most urban centers. Reflections, however, are the outstanding unique feature of Kansas City architecture. These are not all carefully planned,
Post a Comment
Location: Kansas City, MO, USA
Read more 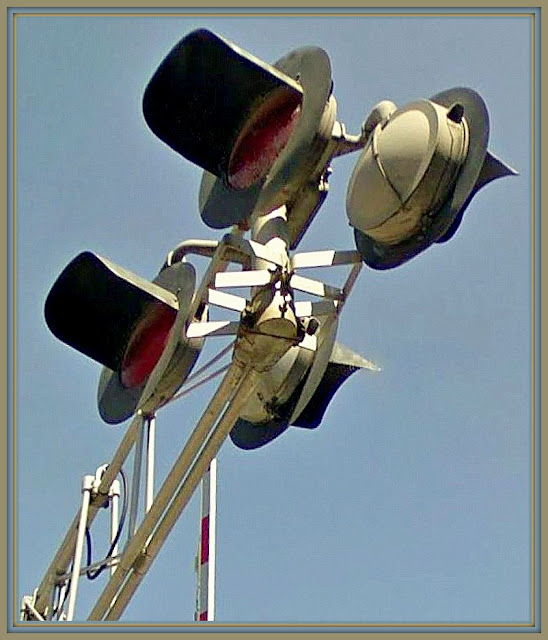 updated 19 December 2016 IN  Kansas City, MO (Part I) from Google Street View Welcome! Kansas City welcomes rail passengers in fashion, as it always has. Here is a Street View exploration of the area around the site of one of its elegant former train stations. Join us for this this brief tour and please comment if you can add something of interest! Published by Ward Bros., Ph. V., Columbus OH sometime in the early 20th century From "Bottoms Up" by Dr. Jason Roe which appeared on the Kansas City Public Library site on Monday, 6 April 2015 comes this excellent brief history of Union Depot and its neighborhood. As you will see, Kansas City MO experienced phenomenal growth in its population during the end of the 19th century: " The major drawbacks to Union Depot all stemmed from its location in the West Bottoms. While an excellent place to pick up packaged meat and cattle for shipment to the North and East, the West Bottoms was one of the more un
Post a Comment
Location: Kansas City, MO, USA
Read more
More posts