Showing posts from March, 2016
Show all

updated 31 March 2016 We who know not What we do Spend our time Just passing through. --  Wretched Poet Passing By Google's "nine eyes" of Street View snap a self-portrait ascending Tilton Rd. The  Wagner Palace Car Company  was founded by Webster Wallace in 1858. It had a long history of both competition and cooperation with the Pullman Car Company. Pullman bought it out in 1900. According to the Mid-Continent Railway Museum ,   "The Wagner Palace Car Company was one of the largest employers in Buffalo in 1890. Its works occupied 35.7 acres at 1770 Broadway out at the east end of Broadway near Broadway and Bailey. In addition to brass finishers, the company employed blacksmiths, car builders, carpenters, carvers, marble finishers, steamfitters and even a storekeeper!" 1770 Broadway on Google Street View 2015 In the Google View above, 1770 would be in the center of the picture. What a great location for a railway sleeping car compa
Post a Comment
Read more 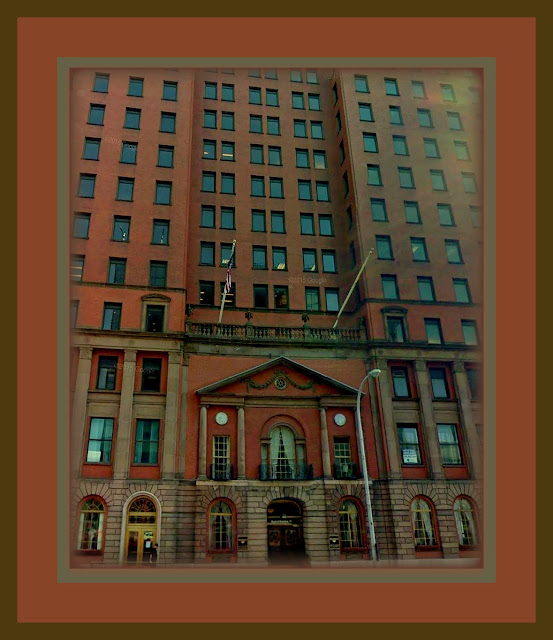 9 on 5 updated 11 December 2022 Welcome, travelers! We will be visiting random locations of interest along NY Route 5 beginning in Albany, NY and ending somewhere near, maybe west of Utica. We'll see. When one of our field trips begins things become unpredictable. Who knows where it will end! Origins, Albany NY area Bank buildings of various impressive designs are (ahem) a dime a dozen in Albany. I wonder if this is typical where politicians congregate. Money and politics are particularly well connected in the Albany of 2016. Bank of America, Albany NY Aside from the fancy entrance, the thing that strikes me about the structure above is its size. A primary objective of bank headquarters architecture is to convey strength and permanence. Your money will be safe here! So we'll take all of it, thank you. On this photo and others to follow, you will notice the occasional Google logo. This is derivative photography originally shot from Google'
Post a Comment
Read more
More posts