Ye olde (very olde) imperfect photographer here! After all these decades I've finally noticed that nobody sees my world precisely the way I see it. After all, I have two advantages, poor eyesight and abundant ignorance of my surroundings. Can you beat that?!

That is why I have been pleasantly surprised by the popularity of some of my "weaker" photographic efforts and disappointed that what I consider my "triumphs" are ignored. The intended message is not always the message received, it seems.

For example, one of the two following photos was hailed as a "masterpiece" but has not been very popular. The other was an experiment that received many likes in spite of my opinion that it could have been better. Can you tell which was which? 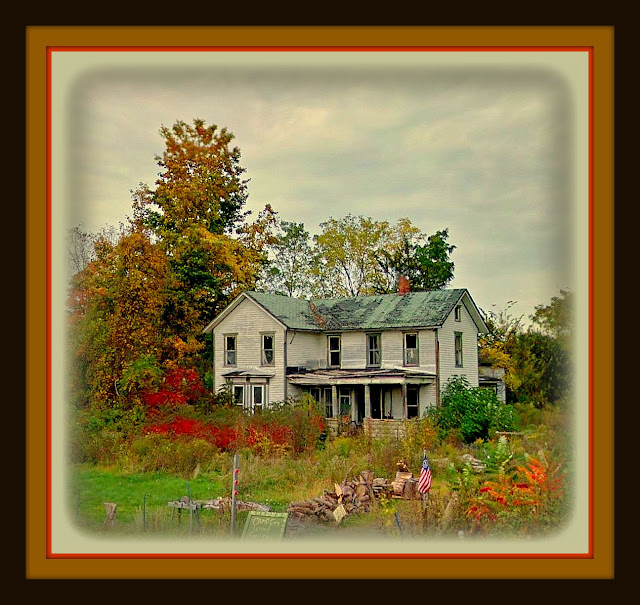 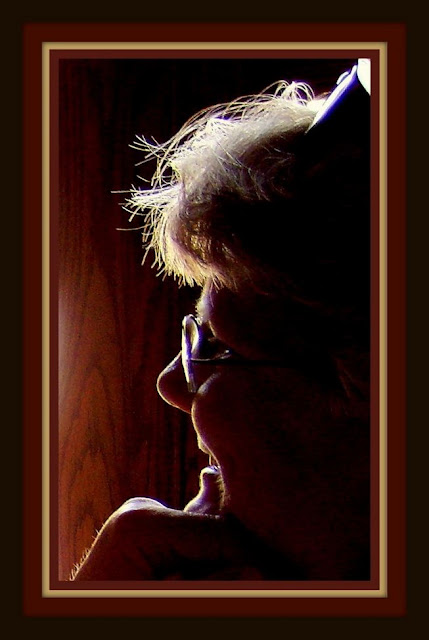 WARNING: The author is about to indulge in advice-giving, a hazardous practice for all concerned, particularly for those who think the advice is good. Skip the next two paragraphs.

Tackling imperfection is what most photographers do. Accepting imperfection comes to most people, if ever, after a good deal of life experience. If one were to suggest to most people that their goal in life should be to embrace imperfection rather than achieve perfection, one would probably be thought of as just a tad deranged. (Many of us already perceived that way of course, need not be concerned. Just go for it.)

For some of us, accepting imperfection is just about as difficult as accepting death itself--or the death of someone close to us.

To recover from our hard-wired drive for perfection something daring must be done. Break the rules! Use a cheap fixed-focus camera. Maybe a pin-hole camera. Experiment! There's no need to be bashful. Put your creations before the public without reservation--before they're "finished." In short, play! Pay attention to friendly critics. Ignore the trolls.

If it's not fun, take a break. For the time being at least, you probably should be doing something else. (If you lack ideas for alternative activities, friends and especially family are usually good at telling you what you really should be doing!

Here's the way somebody else puts it. Though you might be interested in the entire presentation, the theme is well illustrated by the story related in the first 5 minutes:

Google's Street View cameras are improving. The contrast between the blurry first images captured in 2007 or 2008 and those produced in 2015 is dramatic. Google's nine eyes in 2016 are better coordinated to provide a focused look at the landscape. Roadside signs can actually be read!

Additional fine tuning by Google is anticipated, as the current equipment still results in double images, blurry spots (other than deliberately blurred faces) broken straight lines and other (oh dear) imperfections. If you travel down a single road for a distance, you're likely to encounter the jarring experience of switching from new to old footage and back again. Crossing the bridge at Palatine Bridge NY provides one example. Start here. The bridge is your next right.

Google's nine eyes have much yet to discover. While metropolitan streets have been photographed many times since 2007, offering the derivative photographer some choices of sun angle, etc., some rural roads have never been photographed. As of early 2016, no railroad footage exists, though it would seem not too complicated for Google to execute such a program.

Hmm...did I mention railroads? My personal experience with photography goes back to my grandfather, DeForest ("Pat") Diver, whose entire basement was the storage area for glass negatives, dangerous chemicals and prints. It was amazing down there, but somewhat spooky, too, for a 7-year-old! There was even a coal bin for the big coal-fired furnace that used to heat the home. My grandfather's photos are part of the Cornell University Library collection in Ithaca NY. A few years ago several were digitized and put on Flickr.

Howard Diver, my father, was also a photographer. His darkroom was our kitchen counter. Every year a family portrait was taken, sometimes under protest. I no longer remember why the initial photo was considered such a chore, but the photo would be followed by burning "Seasons Greetings" or similar onto the portrait after adjusting exposure, focus, etc.

Father used his father's Speed Graphic with a variety of lenses and filters. He knew all about aperture settings and used a light meter to get correct exposure. Considering his high degree of skill, he was extremely modest and the annual family card was his only public photographic endeavor except for several creative photo ads he designed for his employer, The Middletown Savings Bank in Middletown NY. The ads appeared in the local newspaper, The Times Herald Record:
During my father's time, few people developed their own color photos. Processing black & white prints at home was complicated enough! As I recall, the enlarger focused the image on the paper. The light-sensitive paper was then dunked in developer. Once the image darkened the desired amount, it was removed from the bath of developer to a shallow pan full of fixer, which stopped the developer's chemical reaction. From fixer, the print was washed in plain water and then dried. This laborious process was repeated for each print. All processing was done under red light to avoid darkening the light-sensitive paper. The chemicals stank.

In my time, the first technical changes in the art of photography introduced advanced film cameras that could handle color. Color slides and color prints became common. The single lens reflex was the camera of choice. Our family would go next door to see beautiful slide shows projected on a big screen. Whoopee! That was an impressive display!

Kodak and Polaroid soon realized there were a lot of us who couldn't be bothered with all the settings of a single lens reflex, no matter how crisp the results. They also realized that waiting several days for pictures to be commercially developed tried our patience. So Polaroid invented the instant camera and Kodak brought their Instamatic line on board, which had fixed focus and an easy loading film cartridge instead of roll film.

The Kodak Instamatic 300 marked my entry into photography. There were a couple of choices of film. Shutter speed was slower on the flash setting. (I'm not sure this was a "setting." Ye olde memory is as foggy as some of the prints. It may have been automatic.) This was the camera I used when I was a Ranger Naturalist at Acadia National Park in the summer of 1968:

The digital era opened lots of opportunities for all of us, especially folks like me who just want results and don't really care much for technological details. I have played the megapixel game through a series of cameras and have found to my dismay that I find carrying baggage--even good expensive baggage--a chore. The technology has evolved so fast I have not had time to become as well-acquainted with any of my digital cameras as I was with my old film cameras, especially that dumb Instamatic 300!

I used Photoshop and the latest printers to produce enlargements of some of my shots while working in Mann Library at Cornell.


I give instructions on loading paper
into one of Mann Library's plotters.
My office is in the background.

Yet, I don't much like Photoshop. Similar to dedicated word processing software, Photoshop is built to do everything. Those whose goals are modest must learn to negotiate complexity to achieve simple results. Tedious and boring! I'm sure most of my work might have benefitted by additional tweaking in Photoshop, but I did not have the patience and time to become a Photoshop expert so I moved on. As you may know from elsewhere on my blogs, for the moment I prefer Google's Picasa program which was (just my luck) discontinued shortly after I became at ease using it. 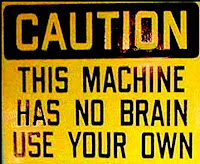 Fortunately, just about the time I retired from Mann Library, there was yet another revolution in photography. Apple invented cell phone obsolescence! One of the things that keeps cell phone sales up year after year in the early 21st century is the improvement in cell phone cameras. No longer does one have to have a movie camera here and a still camera there and a phone ringing into an answering machine at one's residence. You can have it all here, right in your pocket available not only to capture those ephemeral shots but to transmit them instantly to lots of folks who would rather not see them! Temptation beckons....

Suddenly the number of photographers has multiplied exponentially.

Not so fast. Maybe not. The number of images being exchanged has increased, not necessarily the number of people who pay detailed attention to their content or composition. Good photography, no matter what apparatus is used, takes practice, imagination and attention to that little bit of imperfection that many people ignore on their daily rounds.

Which brings us back to Google Street View. Only Google knows why Street View was developed or what plans the company has for it in the future. Most people use Street View as a navigational aid. Able-bodied travelers negotiate their world, phones & cameras in hand, experiencing the world first-hand and in person. There's no substitute for that. The phenomenal images that result are found in one of my favorite Google Communities.

Some of us, however, have discovered another option. We travel the real world virtually, poking around see what Google records out of the corners of its eyes.

Photographers Street View is a collection of what I have discovered on Street View. I'm sure there will be much more to come--from me and you and Google, too. Enjoy!