Teachers! This is an opportunity for you to use Google Earth 3d to your advantage in the classroom. The basics of canal design can be demonstrated by looking at these satellite views of Lock 19 and its vicinity.

In the view above, the camera is looking west. Water flow is from right to left and from the top to bottom. How do you know that? (Your students may ask.) Look for the white of water flowing through the lock gates near the center of the picture and the white water flowing over the flood control dam where Sterling Creek joins the canal.

The following videos give a basic introduction to canal operation and a quick time laps video of going through Lock #17, which we visited earlier on this field trip:


(YouTube: 5 min., Aaron Pufal)
Water flow through lock gates is normal.
Some are more watertight than others.

Think piloting a vessel through a lock or canal is easy? Everything takes practice, as the two videos below illustrate:


How it's done! (in French)
YouTube: 10 min.
real-time passage of barge

Why bother spending money to build a dam at the mouth of Sterling Creek? The object, it would seem from the geological evidence you can gather via Google Earth, is to prevent flood damage to the canal and its structures. What geological evidence? Let's take a look.

Ah! The beauty of atmosphere! Photo processing has brought out a hint of blue to the shadows on the photo above. Daytime shadows are not pure black. They reflect the color of the sky. In this shot, there's a blue tint to the stream in spots, too. On Mars, you probably noticed from the NASA photos that shadows have another color. There are no black shadows on Mars, either!

Thanks to the kind assistance of the Executive Director of the Herkimer County Historical Society, the following additional information has been obtained: 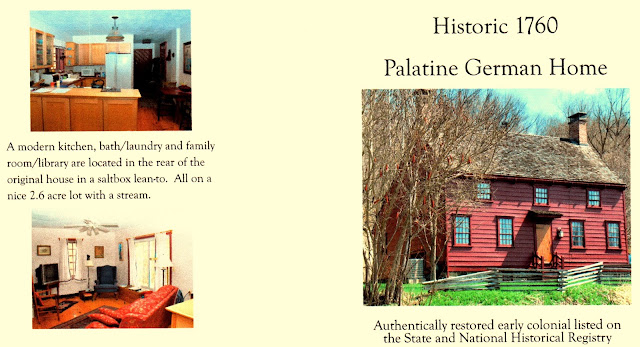 Sites listed on the National Register of Historic Places usually have photos associated with their entry. Below is the listing and the illustrations that accompanied the original application: 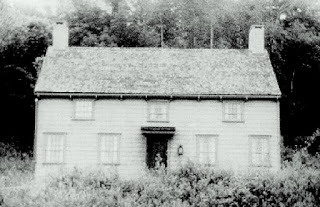 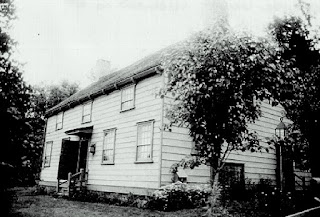 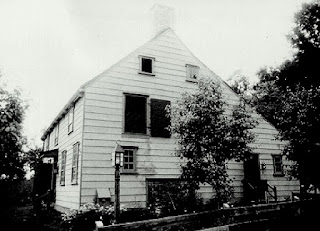 The caboose was a distinct type of rail car that used to mark the end of every freight train. Made obsolete by advances in technology near the end of the 20th century, in 2016 they can be found rotting on sidings or repurposed for other uses...
The Vanishing Caboose
YouTube: 4 min., bullfrog 1954
ABC's Good Morning America
7 April 1988


...unless you take a trip a few hundred miles south to Strasburg PA. There you will find a whole motel full of cabooses you can stay overnight in, a rail museum and other sites of interest to railfans.

The video below briefly tours a motel made up of cabooses from a great variety of American railroads.


This area has an extraordinarily fascinating geology. Aside from the Marsh itself, the Mohawk River beautifully illustrates characteristics of a river in "old age," meandering across a flat post-glacial plain. The scars of former river channels include among them an "oxbow" lake on the left. As a whole, the picture shouts back to the observer, "water, water, everywhere!"

It appears from the Google Earth view that the Marsh had a more circular shape before it was penetrated by canal, railroad and highway construction. My guess is that the marsh is what remains of a "kettle" lake formed by the continental glacier when a huge landlocked iceberg was left behind by the retreating glacier. This mammoth chunk of ice buried in the glacial till eventually melted, leaving a hollow filled with glacial meltwater--a lake. Since its formation, the lake has been filled with sediment, both natural and man-made.

One of the most obvious needs for canal construction is to eliminate rapids that would otherwise prohibit the passage of boats. Google Earth demonstrates another advantage. The NYS Canal System here parallels the NYS Thruway in a straight, businesslike line. Can you imagine the time the Canal saved over boats navigating up the wandering Mohawk River!

I got lost in Utica. Just trying to follow Route 5 proved to be a great challenge for me. Either I missed much of what there is to see along 5 in Utica, or my head got lost in the clouds, of which there are plenty in central New York southeast of the Great Lakes.


Antique Farming illustrates such a hay carrier in operation: 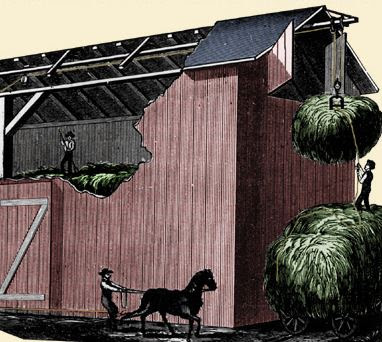 Once again the volunteer at the Oneida County Historical Society comes through:

"...I knocked on the door of the nearest house located to that stone post. I noticed an additional stone [cement] about 20ft away but this one had a pointed top. This narrower post had a ring and chain still on it which indicates to me that it might have been part of a gate. Also in the distant opposite corner was a cemetery.  The owner was gracious in showing me the cemetery and the following stuff I found on the Internet. The cemetery had a large iron fence surrounding it - two tombstones inside. "Charles J. DeFerriere 1804 - 1890"  and Angel DeFerriere 1774-1853 and his wife Polly."

"This property was...owned by DeFerriere and was part of the Oneida Indian reservation. DeFerriere was born in 1769 to a family of French nobility under the reign of Louis XVI. During the turbulence of revolutionary France, DeFerriere and a companion fled to Holland in 1792. They were introduced to some men who belonged to the Holland Land Company, who suggested that DeFerriere and his companion try their fortunes in the U.S.  DeFerrier sailed for New York, where he met Col. John Lincklaen and traveled with him to Cazenovia. [Cazenovia is further on down the line on Rte 20 and the name Lincklaen is well known in that present day village.]

"DeFerriere was a surveyor; eventually married Polly Dennie and settled in Madison County where he built a tavern [that the lady said was located across the road from her-completely gone now. She also mentioned there was a murder in the cellar of that tavern. I didn't have time to investigate further.]

"Polly Dennie [Denny] was the daughter of a prominent family in the region - her mother was an Oneida Indian; her father was French origin. They raised a family of five children. DeFerriere died in 1832 and his cemetery is not listed  in any place that I could find.

"The  post that you showed me a picture of was the only one like it on the property which has since been divided into plots of land and sold.
It is located quite near the highway, but highways change.  There is the Cowaselor Creek nearby.  It is also on a crest of a hill - called Deadman's Hill - the lady told me that many a carriage had accidents on this hill because it was much steeper in the old days. Our bushes & trees have not blossomed yet, so it was easy to find.  My supposition is that it was one of the entrances to the property.

"Somewhere in the area is another house [I didn't know this until I got home]  It is called the DeFerriere House and is on the National Register of Historic Places [in 2007]  It is a 1 and a half story, frame Greek Revival home."

Excerpts from the original application for listing provide additional information about the contrast between the "public" and "private" faces of this cottage. The main DeFerriere residence was across the street and was torn down decades ago.
[New York data for the National Register has not been completely digitized. The PDF file linked above is a low-quality scan I made from a print-out. Accessing New York records from the Register itself will hopefully be operational sometime soon.]