Where does one start? At the beginning, of course...unless you are confronted with the past and the present simultaneously.

Google Street View presents you with its most recently photographed material first most of the time. As you follow Street View, however, it does not always stay in the present. It can flip from present to any of its previous images without warning as you click the arrows leading you forward.

On the Google Earth map below, the beginning of this Newark series is marked by the red circle and the second point of interest is marked by the large blue arrow. Google Street View cameras went down Market Street for the first time in August of 2007, returning three times in 2012 and again in both 2015 and 2016. 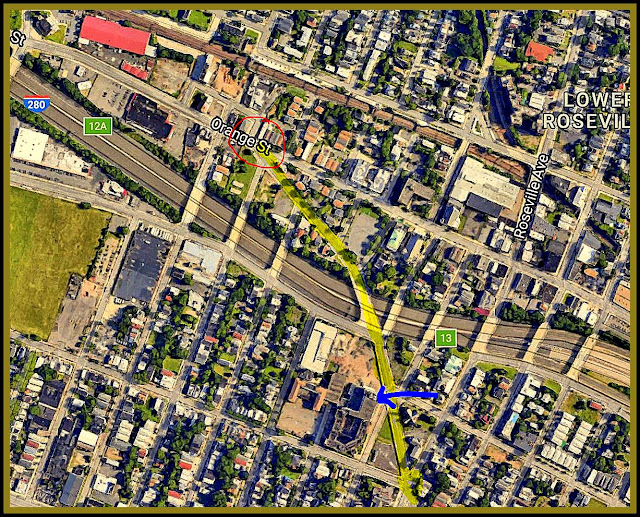 Newark residents don't seem to be sure what to do with their stock of 19th and early 20th century buildings. Restoration efforts along Market Street are spotty and large areas of newer structures predominate, alternating with those usual vestiges of incomplete urban renewal programs, vacant lots and parking plazas.

At the start of our journey, we view renovation on the cheap, version #1, cover it up. Below, the vinyl siding has been partially removed (probably storm damage), revealing the former architecture.

As in other cities, "Urban renewal" programs have led to the demolition of many older structures. Expressways and street widening have carved up many of the older neighborhoods, and stretches of vacant land, strange islands of low density population in the midst of a densely populated area, seem to be more the happenstance of poverty, riots and political chicanery than the results of any long-term planning.

When I first came upon the next notable structure, its image kept coming and going according to the year Google Street View cameras passed by. The image that first caught my attention is below:


Above is the Google Street View of a substantial hospital building in July 2012. I was struck by the modern, substantial structure and thought how proud the community must have been to have such a facility.

However, as I clicked to continue down Market Street, the building suddenly vanished, replaced by new construction. Now you see it, now you don't. Very odd for what must have been a medical center of distinction at one time, I thought.

In the New York City/ New Jersey metropolitan area, however, this is not a unique story. Cash attracts thieves, and in this region, there's lots of cash clustered in the top income brackets and not much at all for the rest of us. So temptation abounds.

Using a succession of Google Street views from different years, the visual tale is told: 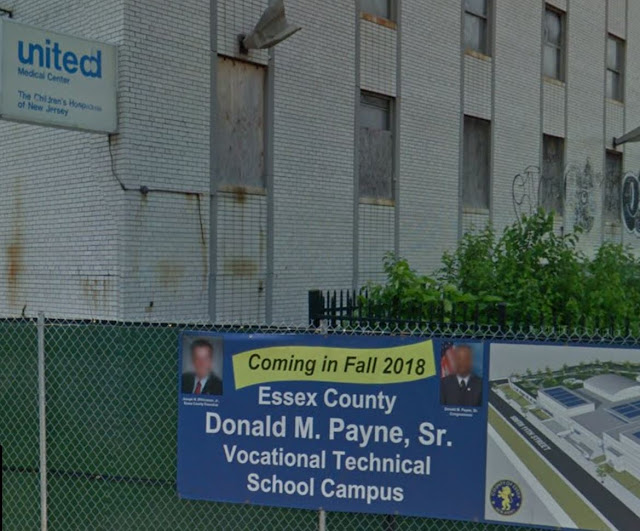 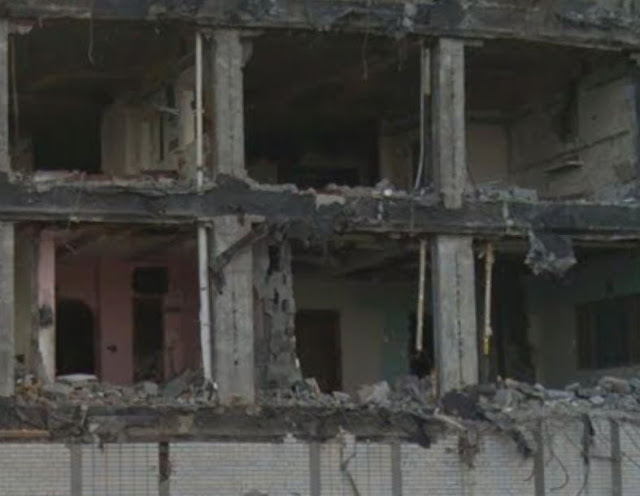 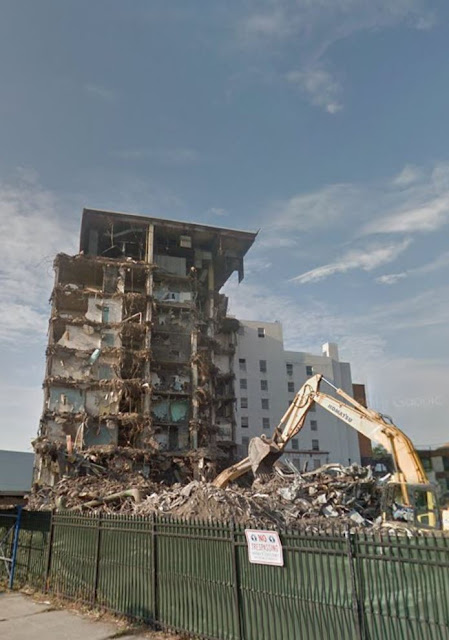 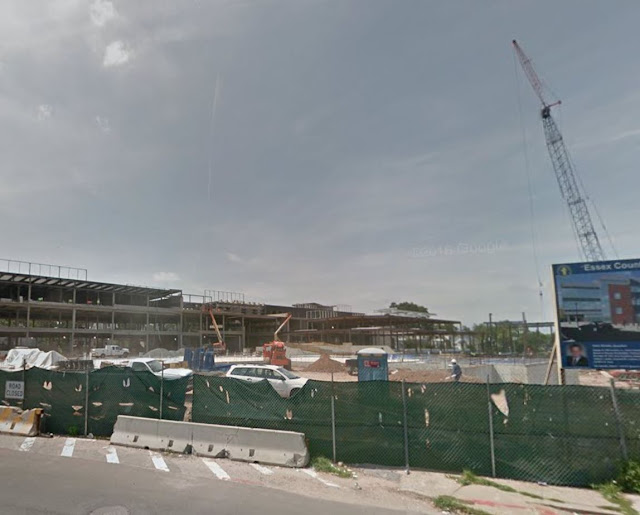 So what happened to bring about this radical change? In 1967, residents rioted. Homes in the neighborhood were burned and sniper fire was directed at the facility. After that trauma, the head of the hospital made off with its assets, stealing not only profits, but doing incalculable harm to the community, eliminating almost a thousand jobs and depriving residents of convenient access to local health care.

"The Forgotten History of New Jersey" blog elaborates on the history of the hospital, noting that nasty local politicians had as much to do with its demise as the felonious President of the institution itself. The blog author states:


The United Hospital story is laced with corruption and political bullying, so its not a suprise Mr. Divencenzo wanted the buildings gone. These buildings are just more examples of Essex County's blatant and systematic disregard for the historic properties they have been entrusted with. Soon, Essex County will stop obbliterating their history. But that will only be because there is none left to save.

Click the link above for the sordid details. Hopefully the technical training facility that replaced the hospital will be a success and bring some prosperity back to the surrounding area.

Just around the corner from the old hospital/new training center stands this a fairly well-preserved example of an old Newark row house illustrating renovation on the cheap version #2 paint it:

Another Google Street View disconnect disappears a building at the corner of S. 7th Street and Market: